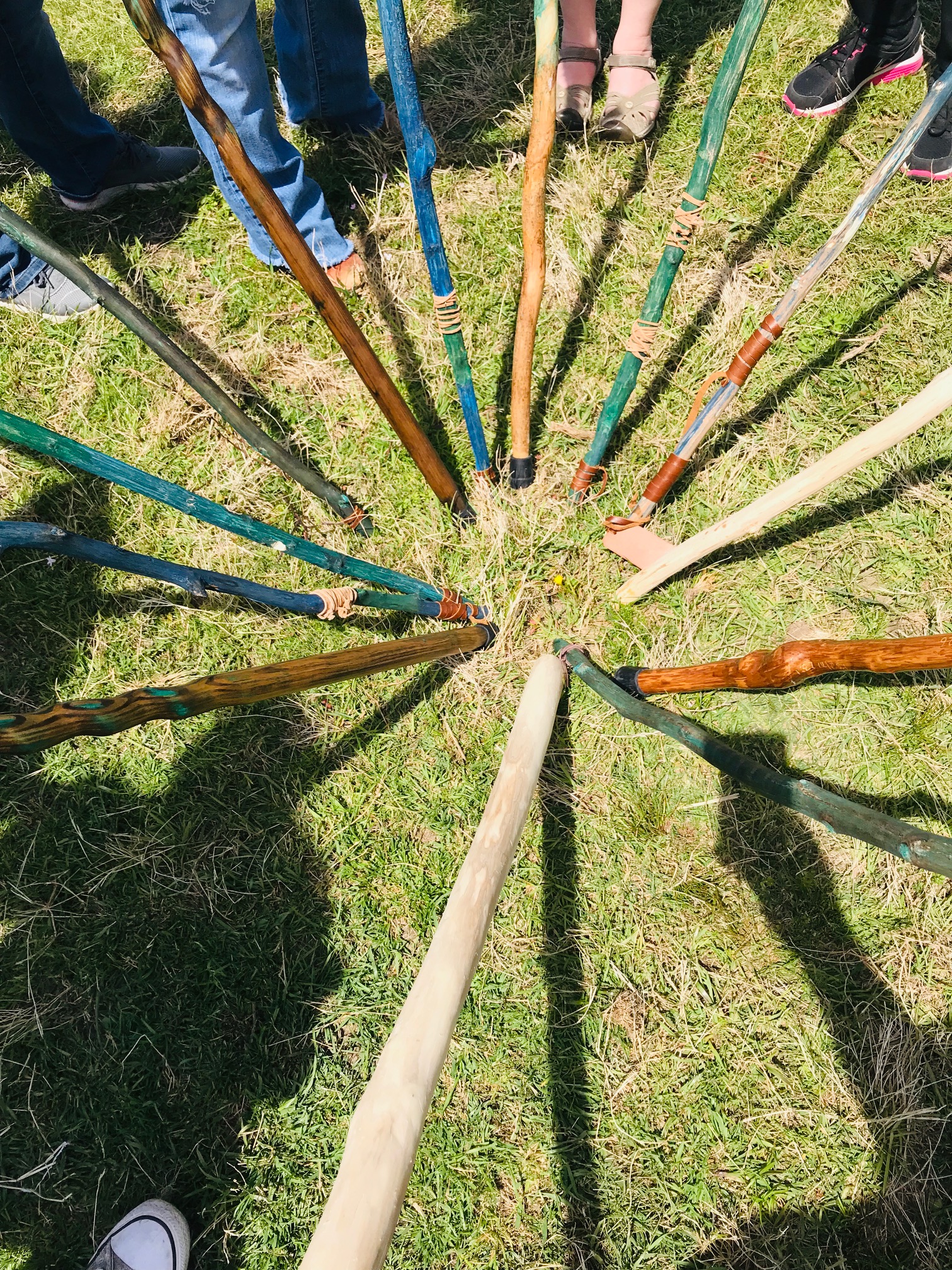 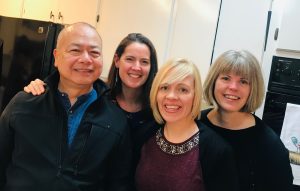 This was my second MIW trip to the USA and it was great to be able to go back as part of the same team as before with Andy, Kirsty and Carmella and to start our two weeks by revisiting Lake Providence in Louisiana, before travelling on to Mississippi and Denver. Although it was 4 years since I had last been there I soon felt at home and it was such a pleasure to spend time again with Debra, Shelly, Joan, Charlotte and others who are part of the Southern States MIW base and to meet new people too. We had a warm welcome and were so well looked after by them all. We especially enjoyed the copious amounts of wonderful Southern food provided for us – breakfast, lunch and dinner!

After arriving late on the Thursday night, we plunged straight in on Friday morning by leading a two-day conference at Providence Church entitled Let There Be Life. It was a wonderful intimate time with a group of people who really wanted to go deep with God as we explored the concept of the life Jesus came to give us. Our two days were filled with creative and varied exercises, lots of laughter and some tears, and it was great that everyone jumped in and explored with us. Among other things, we did an exercise inspired by the scene in the Lion, the Witch and the Wardrobe where Aslan breathes life into the stone statues and we prayed that Jesus would breathe new life into areas which seemed to have grown hard in our lives. We moved and spoke words of encouragement and destiny over each other. We thought about how death and life are intertwined and we moved and meditated on Psalm 139. We used an exercise with pictures to think about how we are all given a small part of the big picture and explored how each of us has a vital part to play in bringing life to the earth. 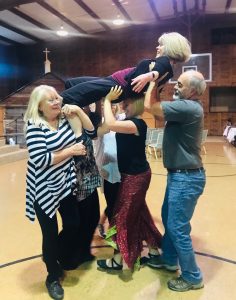 For me it was encouraging to have an exercise included that I put together when I was on the recent Training the Trainers Course. We took a selection of quite random objects and danced with them – seeing how different objects could inspire us to move in very different and creative ways. It was such fun to see what moving with an elastic band, a children’s book, a kitchen whisk, a wooden duck – to name a few, could bring out in people. It provided much amusement but also some surprisingly profound moments and the realisation that God can speak through just about anything. One person found themselves dancing with a polystyrene cup which led them on a deep journey to reflect how Jesus poured himself out for us and asks us to now do the same for others.

I do just have to mention the hilarious moment during one exercise when Carmella decided that a group should carry me across the room above their heads. As I was mostly balanced on Carmella’s head I think there was a moment half way across when we both thought we might come to a rather unfortunate end. I don’t think we had fully thought through the possible health and safety implications of this undertaking! But I’m happy to say we both made it to the other side without injury. 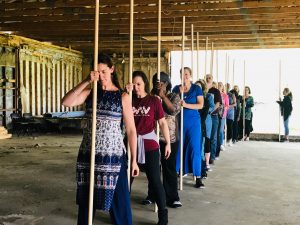 On the second day we all went to move and pray over an area of land which another local church is in the process of buying. Inspired by a door in the derelict building, we prayed that doors of negativity would be shut and we opened the door to positive things we believed God wanted open. During this time, I was very much reminded that every piece of this earth, no matter how insignificant it might look, has been created by God with purpose and destiny.

One of the key thoughts of the conference was the River of Life and as our two days drew to a close we sat down around a large river banner to read Ezekiel 47 – the water from the temple of the Lord. As we tucked our feet under the banner there was suddenly a loud clap of thunder outside, the heavens opened and the rain fell in bucket loads. It felt just as though the earth was responding to and affirming what we had been doing during the past couple of days.

On the Sunday morning Andy and Kirsty spoke at Providence Church and we had opportunity to move during the worship – so wonderful to have so much space and freedom. 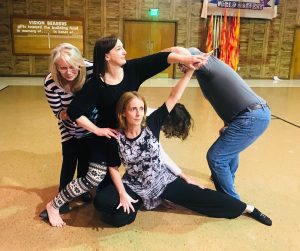 After 4 days we left Louisiana and moved over the border for my first visit to Mississippi and to spend more time with Charlotte and Terry Leonards and others from New Horizons Church in Starkville. Another warm welcome from such kind people and Carmella and I were so well looked after by a lovely couple from the church, Von and Barry, in their beautiful home on the outskirts of the city.

We went to an area of land where 200 years ago there was a revival among the Choctaw people. We prayed that any past injustices would be make right and that the wells of the Spirit would overflow again and impact the city now. We moved with staffs and blew silver trumpets – all the while carefully avoiding the ant hills!

During our few days in Starkville it was particularly encouraging to spend time with some of the young people from New Horizons Church. We had a wonderful evening of worship at the church where we moved and prayed for the city and saw the passion and heart of many of the youth for worship and for their local area.

As I said, this was my second time to the southern states of the USA and I’m hoping there will be a next time. It was full on and pretty exhausting at times but there was a lot of laughter and fun too. I know that God stretched and grew me and it was such a privilege to be a part of what He is doing through MIW in this part of the world.